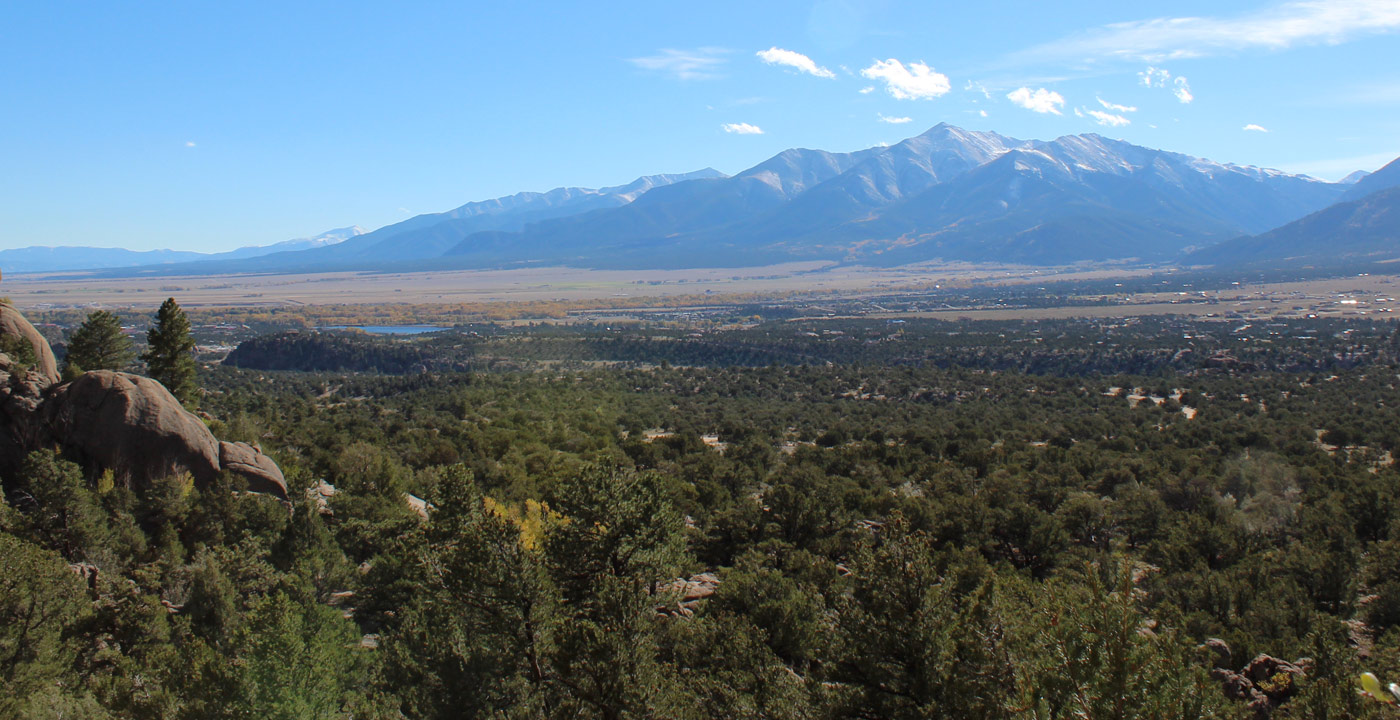 Sagebrush rattles in the wind coming off the snow-capped mountain. The cold wind whips through the abandoned mine, whistling a melody of times gone by, a melody the old miner used to whistle when he was half a mile beneath the mountain’s crust, searching for fortune in the mud and the dark. Yes, there was in fact gold in them thar hills. If you look carefully, there still is. Legends lived here. Billy the Kid, Doc Holiday, the Unsinkable Molly Brown & Kit Carson. Fourteener Country was the Wild West and its song echoes in the hills today, if you stand still and listen to the wind. Discover the secret history of some of the most famous places in Colorado. Come recapture the Wild West and take memories home that will inspire tales to children for decades to come.

Alma was born out of the fires of a smelter.  Local mines dug up high quality ore, but the best silver processing plants were in England.  By building mills and smelters in Park County, mini...  Details

Buena Vista was originally named Mahonville after James and Martha Mahon who left many descendants, some of whom still live in the area. In 1879 the citizens voted to rename the town Buena Vista (Span...  Details

Chaffee County was carved out of Lake County in 1879 and named for Colorado’s first senator, Jerome Chaffee.  Granite was the original county seat.  In 1880, Buena Vista won an electio...  Details

Como was first a hamlet founded by prospectors seeking gold in the 1859 Colorado gold rush.  As ranchers homesteaded South Park, Como grew to include a post office, store, saloons and cemetery&nb...  Details

Granite was predated by the Cache Creek mining camp, started in 1860.  The miners of Cache Creek built a flume system to bring more water for the hydraulic mining operations. The town sprawled on...  Details

Lake County was formed in the Colorado Territory in 1861.  It stretched west to the Utah boarder and encompassed nearly 1/8 of Colorado.  By 1879, a dozen separate counties were sliced out, ...  Details

Charles Nachtrieb I, was the founder of the town of Nathrop, Colorado. Early settlers could not pronounce the German name of Nachtrieb easily, so the name of the hamlet was Americanized to Nathrop. Th...  Details

Poncha Springs, originally Poncho Springs, is the small town just west of Salida, right on Highway 285.  South from town, the highway crosses from the Arkansas River drainage into the San Luis Va...  Details